Caching has always been a crucial part of computers, smartphones and websites. Software architectures and web developers are using the caching mechanism to build complex solutions without delaying processing time and performance.

Why is it important to regularly clean your Dropbox cache? Let’s understand.

Where is the Dropbox Cache Stored?

When you install Dropbox, it creates a hidden folder named .dropbox.cache in the root of the Dropbox folder. As the folder is hidden by default, it is not viewable unless your system is set to display hidden files and folders.

Does Dropbox Automatically Clean Up Your Cache?

Dropbox automatically clears your cache every 3 days. However, an error may cause Dropbox not to clean the cache itself. Or you may need to manually clean it for the earlier mentioned reasons.

How to Manually Clean the Dropbox Cache?

Note: The actual steps may vary depending on the operating system version and device you use. 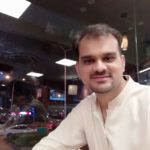 Raza Ali Kazmi works as an editor and technology content writer at Sorcim Technologies (Pvt) Ltd. He loves to pen down articles on a wide array of technology related topics and has also been diligently testing software solutions on Windows & Mac platforms.